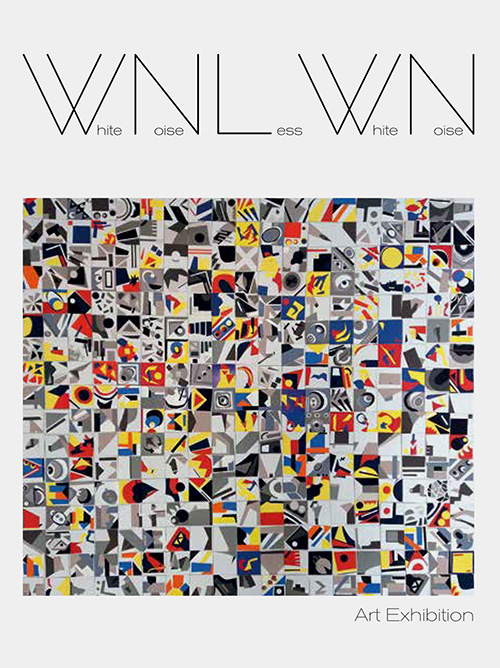 Major theorists of avant -guard like Peter Bürger considered the postwar artistic production as a blank ideal.
They yet treated it as an empty vehicle recycling depleted styles and strategies from historical vanguards that occurred in the first two decades of the twentieth century.
Otherstreated the inflationary recent artistic wave, more positive, as the historicall necessary articulation of heteronomous materials, approximately proportional to the overall post-war political and social arrangement, that we must admit collapses today.
From inconceivable distance, without the slightest detected signal of the modernism of the past, either the “high” or the “low”, abstraction as a principleaffectssubtly but decisively almost all current artistic developments.
Concerning the art of the last decades, the moving cause is spectral. This hardly perceptible weak signal of an inherent modernism in the radical art of the past remains an almost non-signal: it is only detected by the sensitivity of the creative artist. Even harder of that of the public and institutional factors. This phenomenon in sience is called white noise.
If this uncertainty left indifferent as it is, the critical intellect fails in terms of the emergence of the critical aspects of the work of art which since the Enlightenment forms the precious constitution of subjectivity. Simultaneously it degrades the metaphysical substance of art to the simplest information level and finally distorts its appearance ie. the sudden awareness of its importance for the intellect.
The definition of Archeology as the science “ of systematic study of the material remains either of the ultimate or of the most recent human past through the application of theory and method” is equally enlightening on a variety of diverced fields of knowledge.
History of Art needs respectively to consider the changing forms of Blochian “utopian residues” which constitutes the works of art the same way that Archeology – the “study of ancient things” deals with its object.
The radical art of Malevich, Kandinsky, Mondrian, Rodchenko, Popova and many others, created seismic changes in the self-consciousness of modern art. The open-minded exploration of all contemporary artistic practices, the valuation of todays artistic productivity in all areas, benefits from the thorough study of abstraction as the most systematic artistic language above all.
The legacy influenced i.e op-art, lyrical abstraction, color field painting and minimalism, continues today to serve as adequate expressive vehicle for a generation of younger artists. But how is it possible some indicative works by a handfull of young painters to coexist without being overwhelmed by the historical weight with artefacts (τεχνουργήµατα) and ecofacts (οικοδεδοµένα), located in a archaeological site (τόπος) of particular importance as is that of Pella?
The White Νoise exhibition (WNLWN) aims somehow to solve the apparent contradiction. The correlation of the findings of an archaeological site with modern works of art, comes hopefully fertile -not in a disrespectful manner- with the confrontation of two of the fundamental principles of archeology: the principle of association, and the principle of superposition. The coexistence in the Archaeological Museum of Pella of abstract contemporary works of art with the respectfull artefacts of the past is trying, not in vain we hope, to clean up some of the “white noise” that stifles as well in the art of the present as it is in the art of the past. 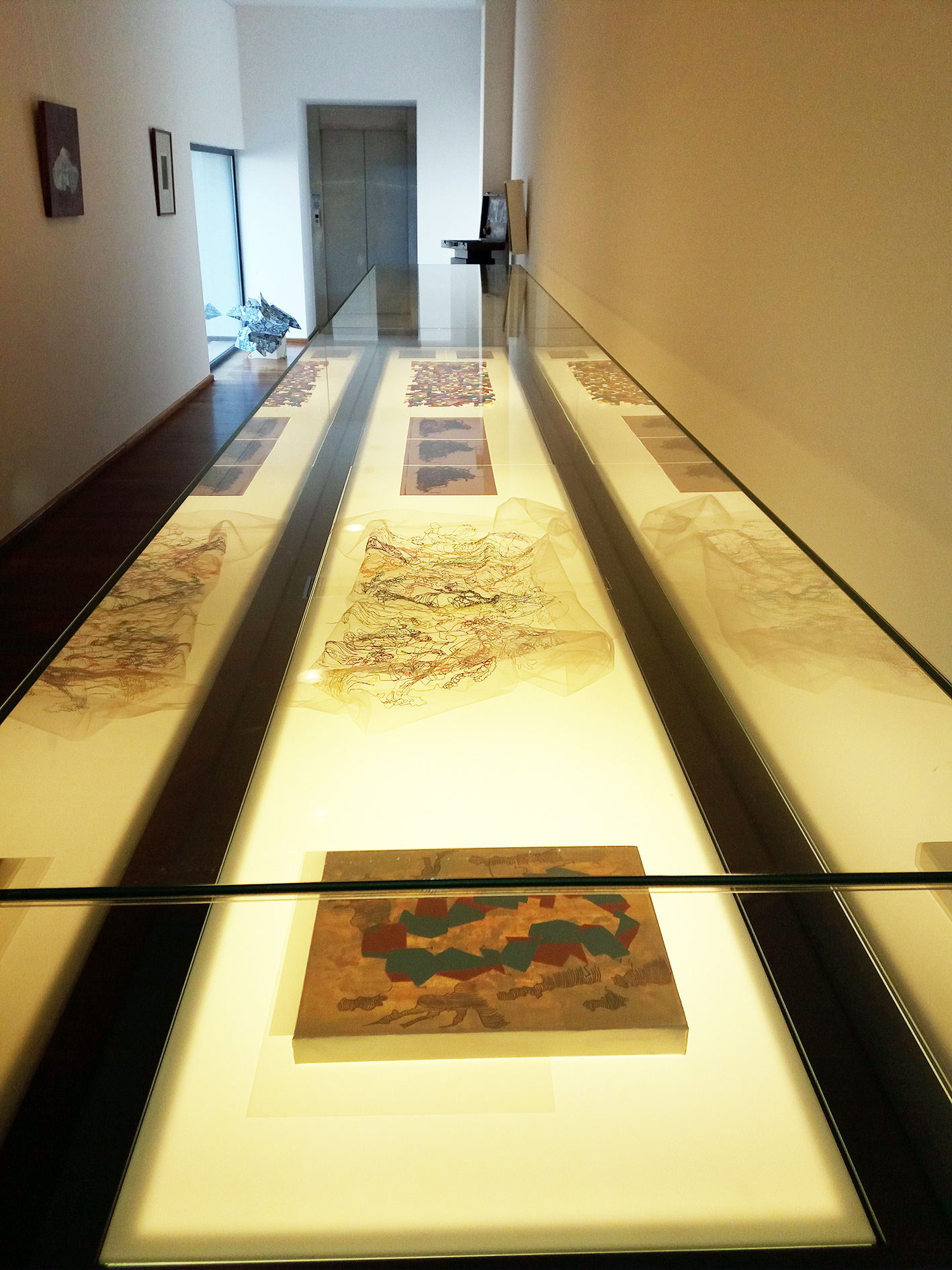 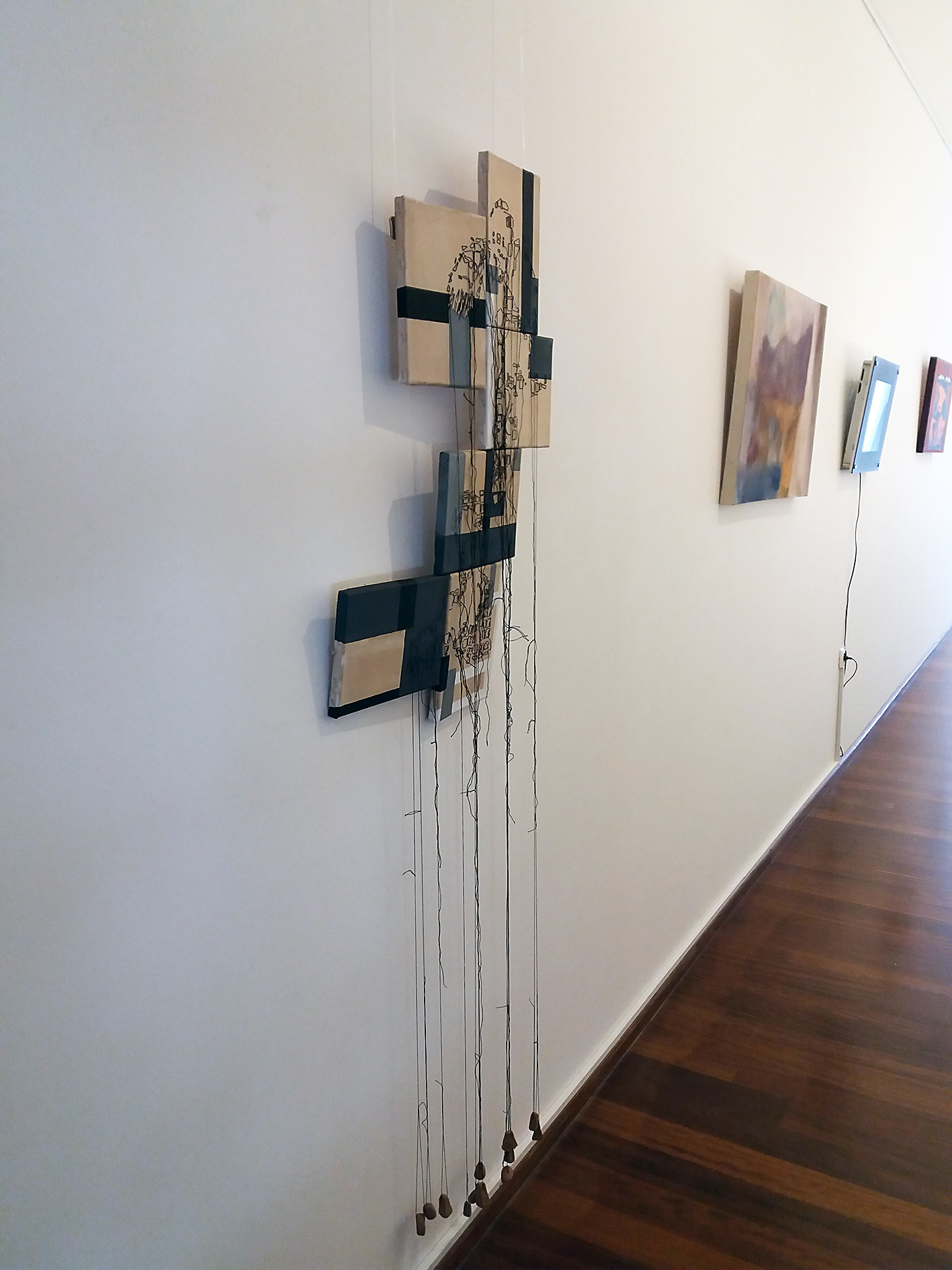 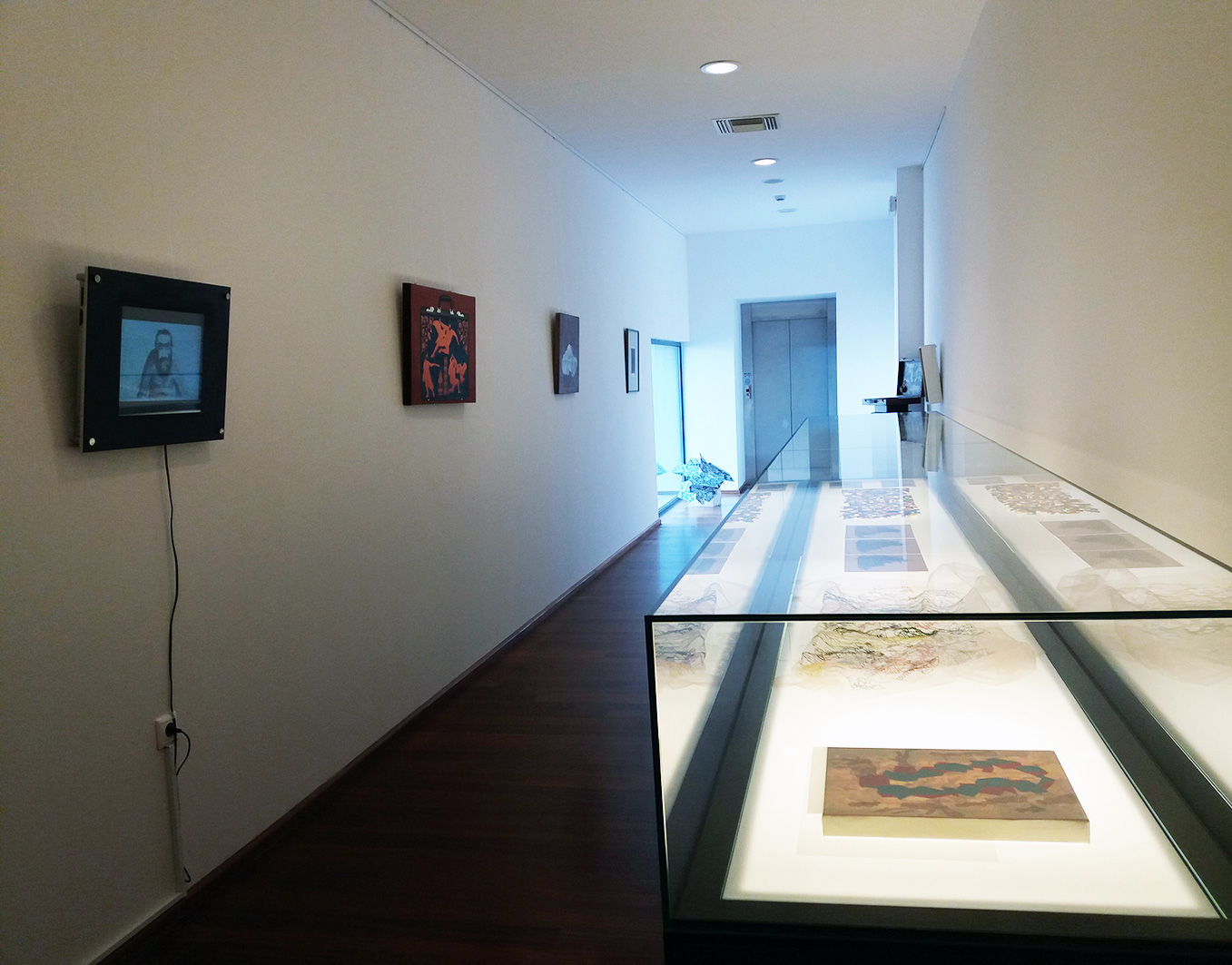 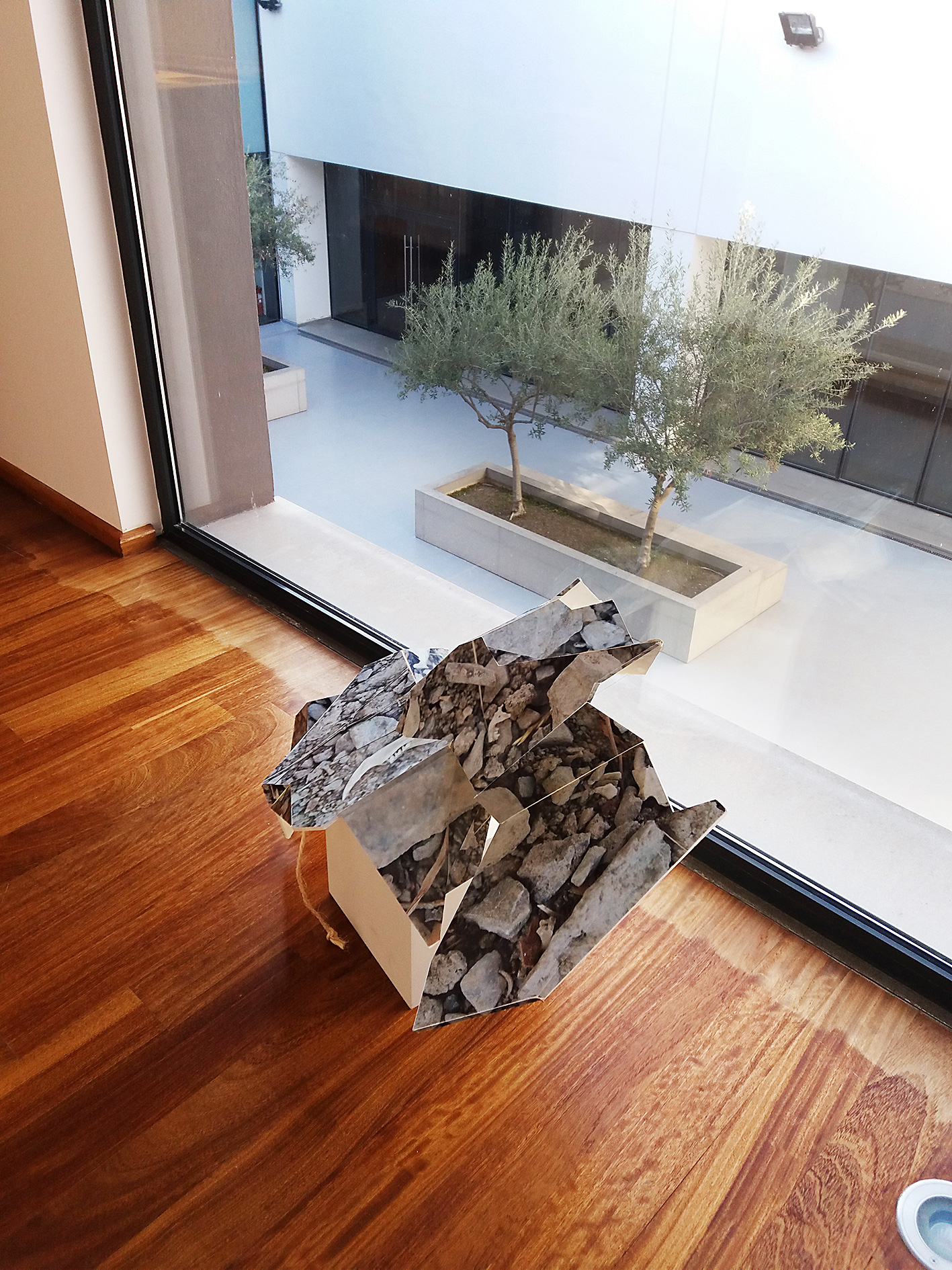 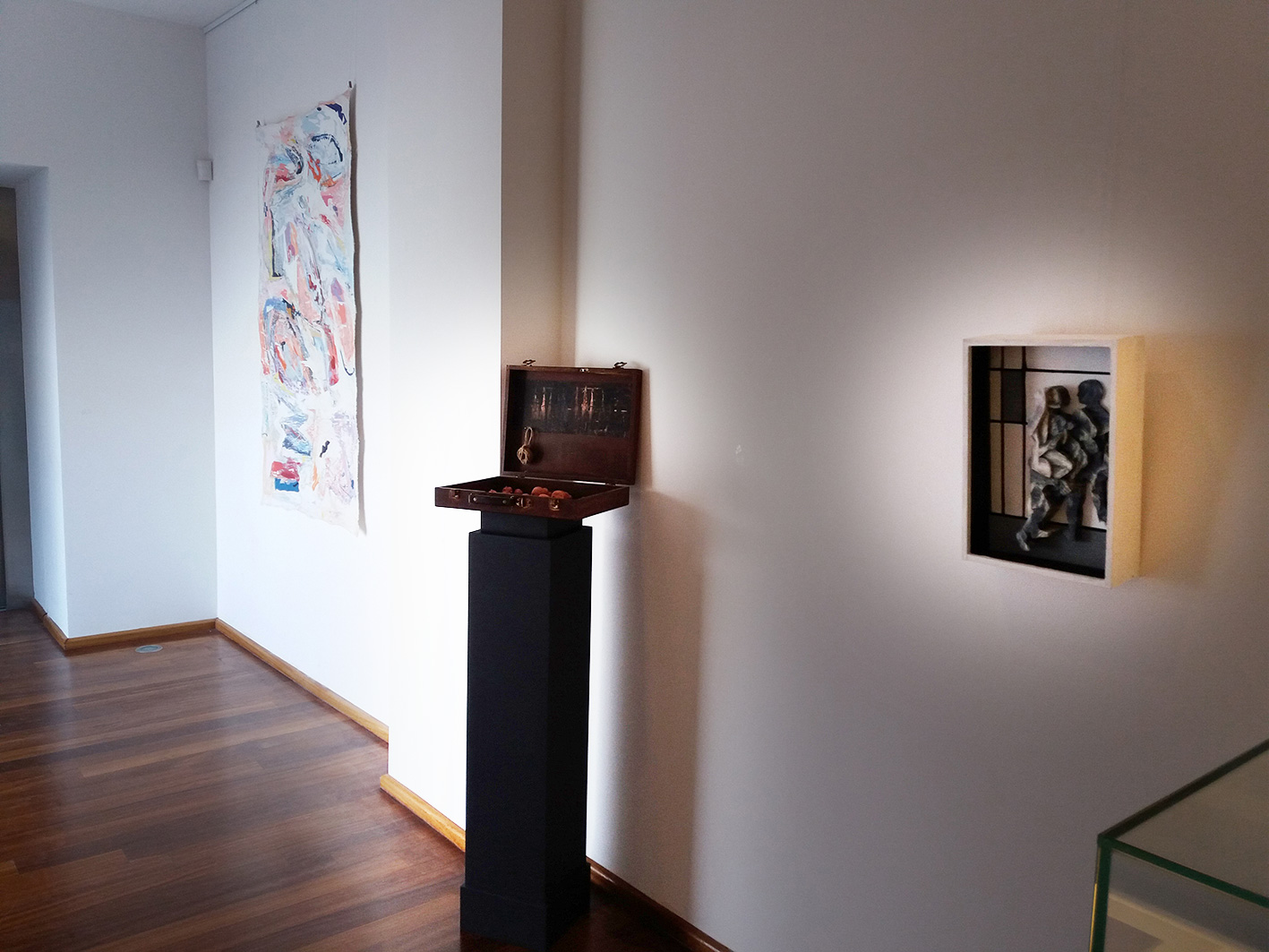 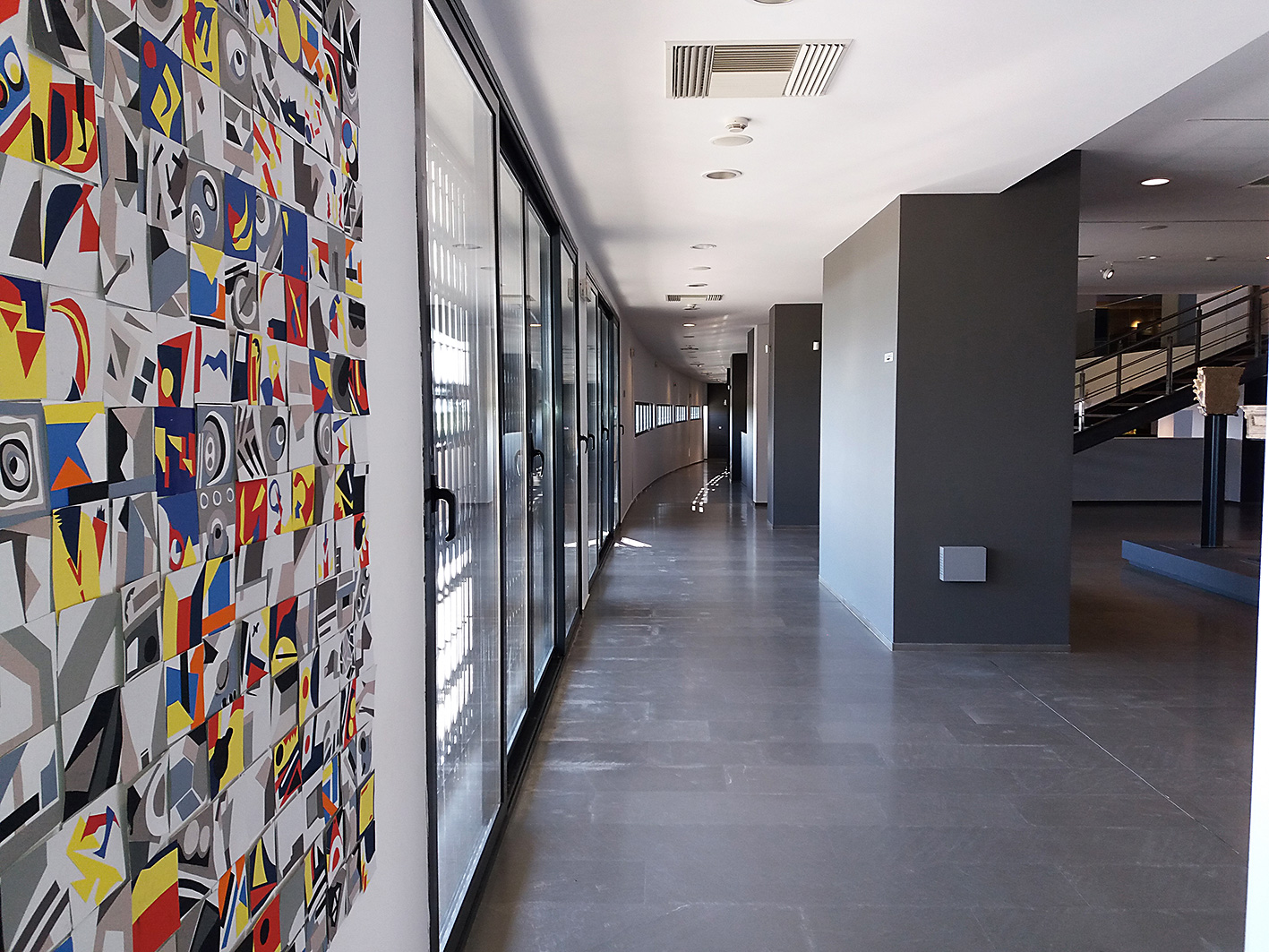 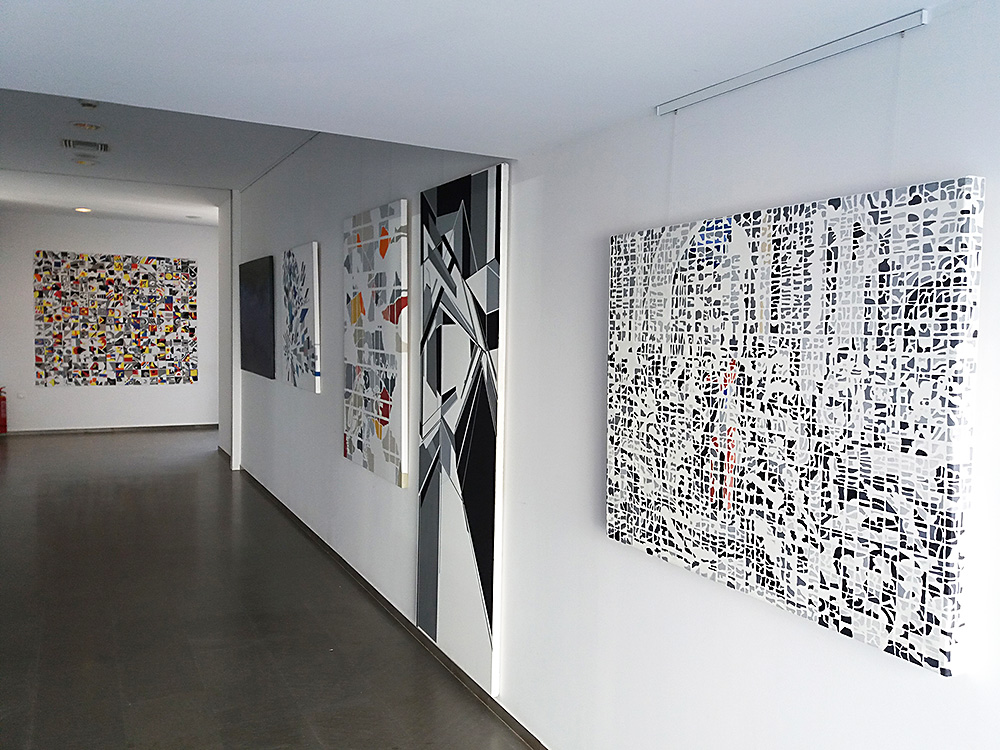 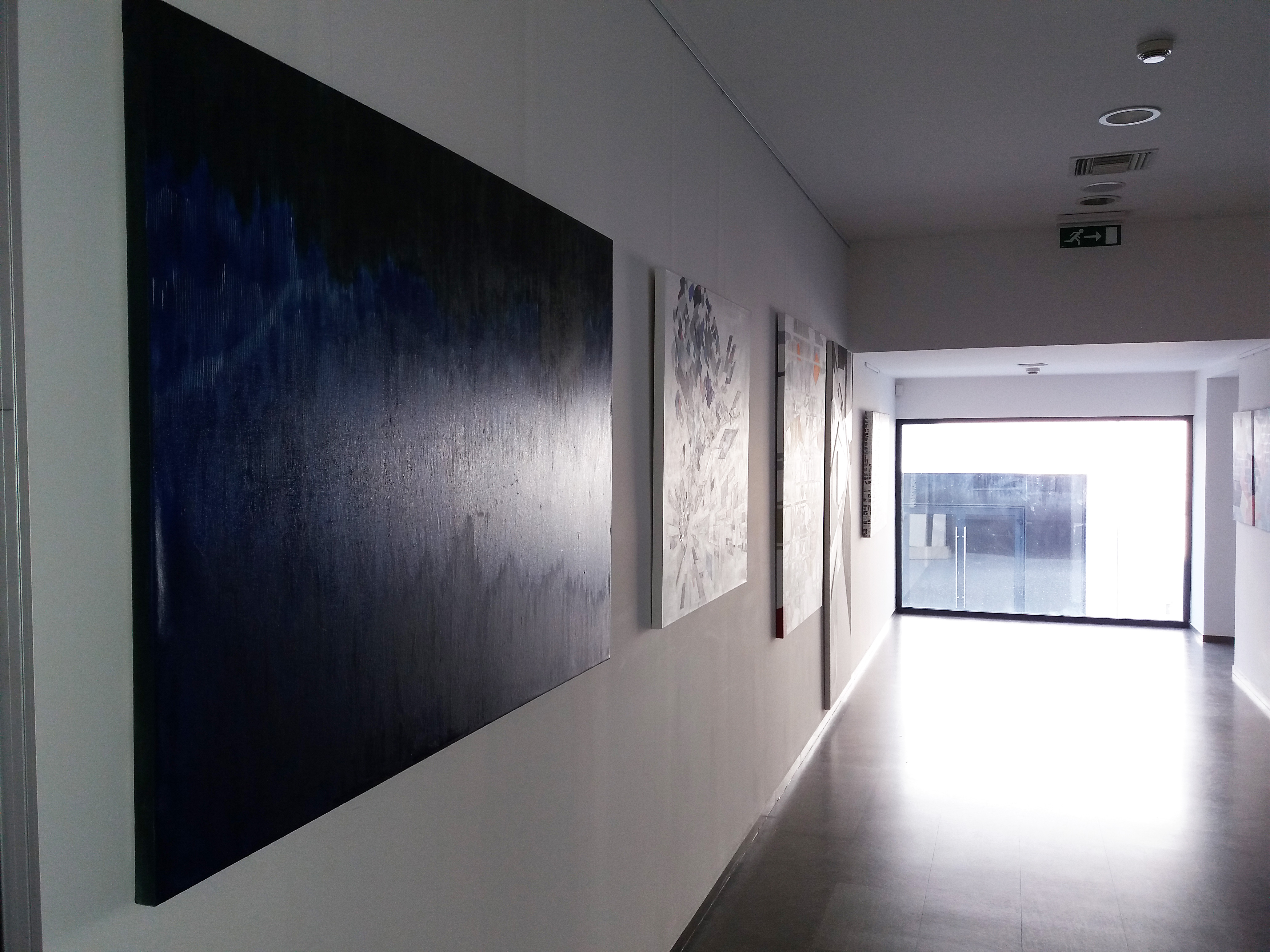 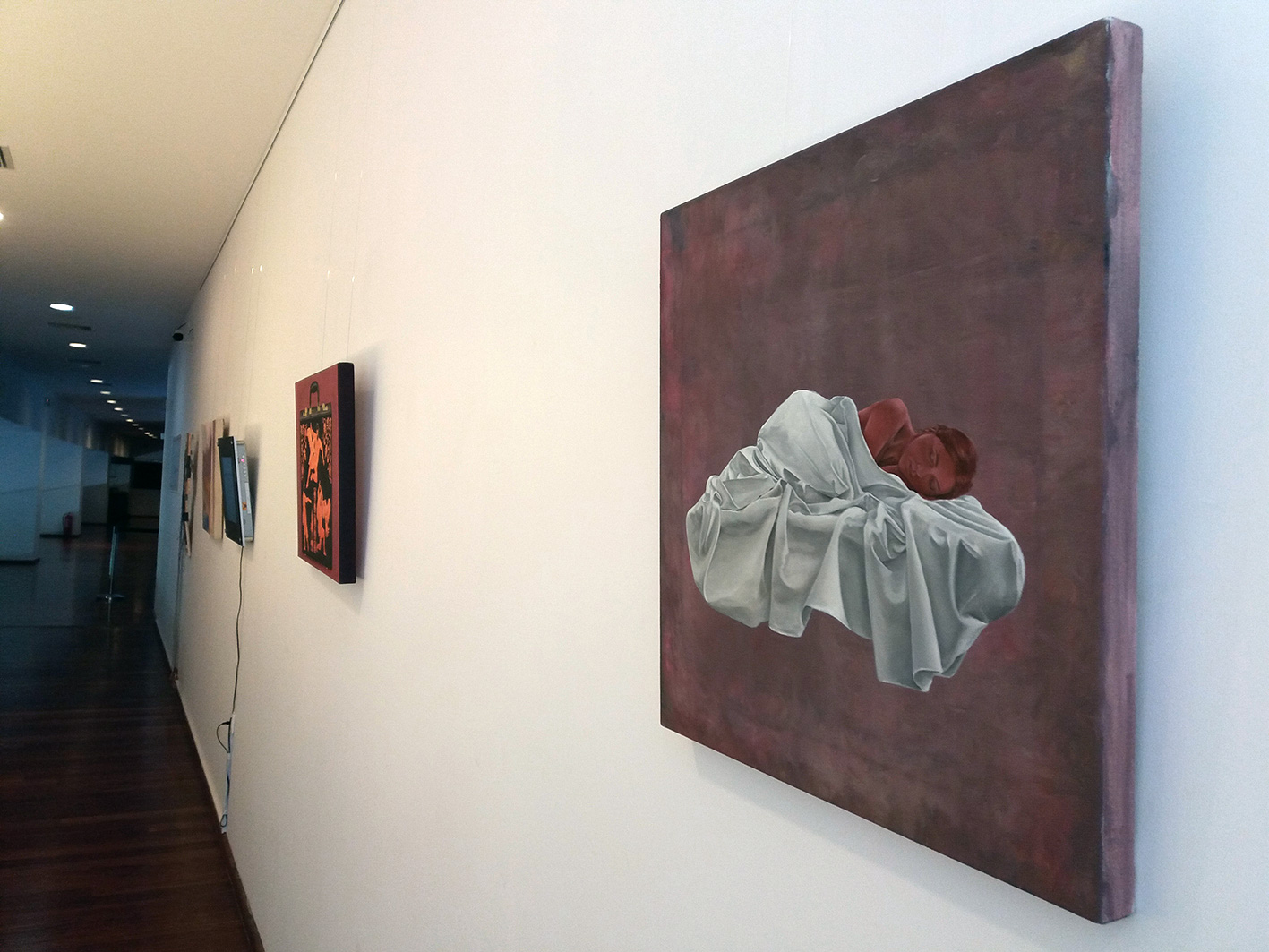 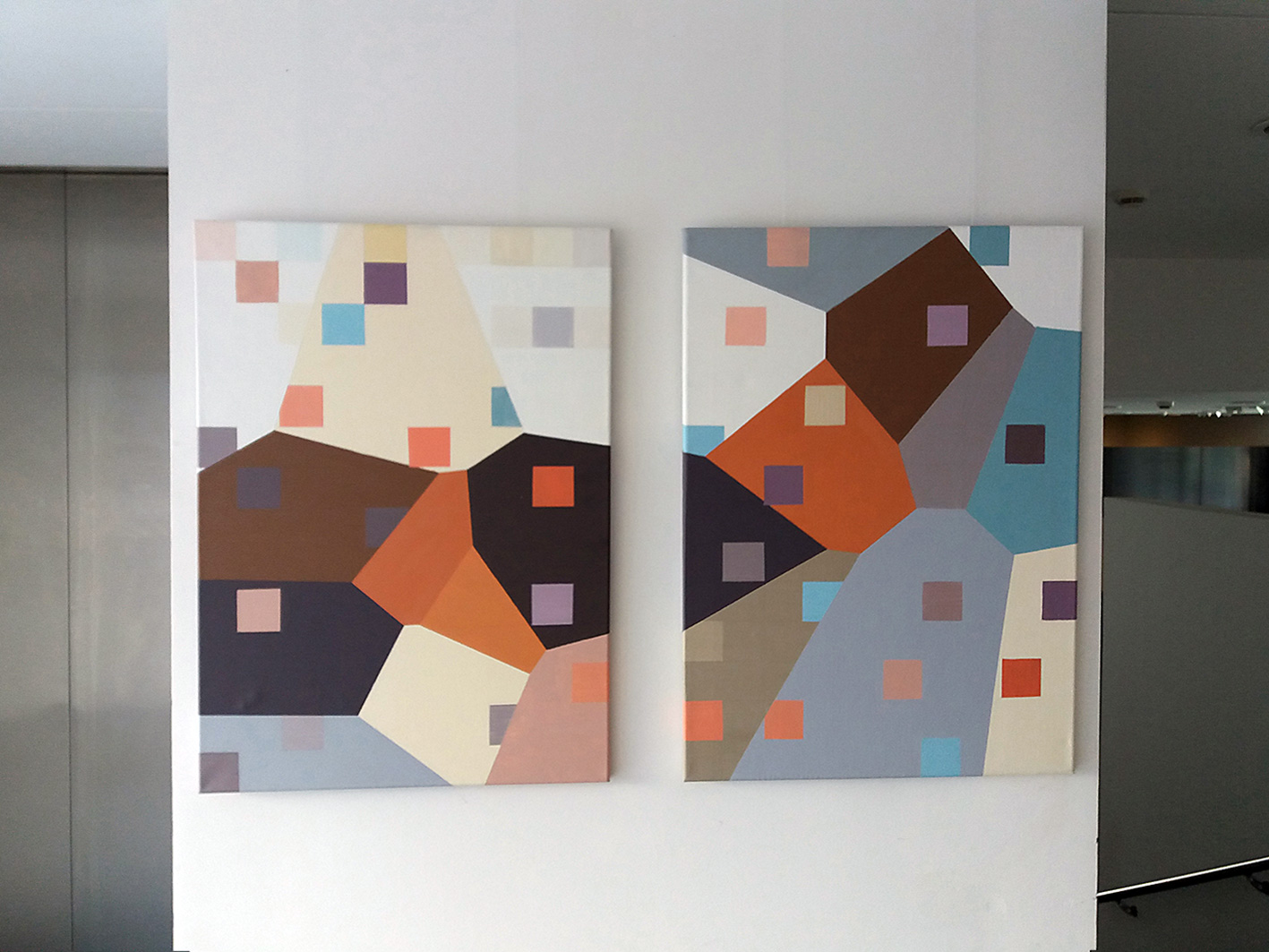 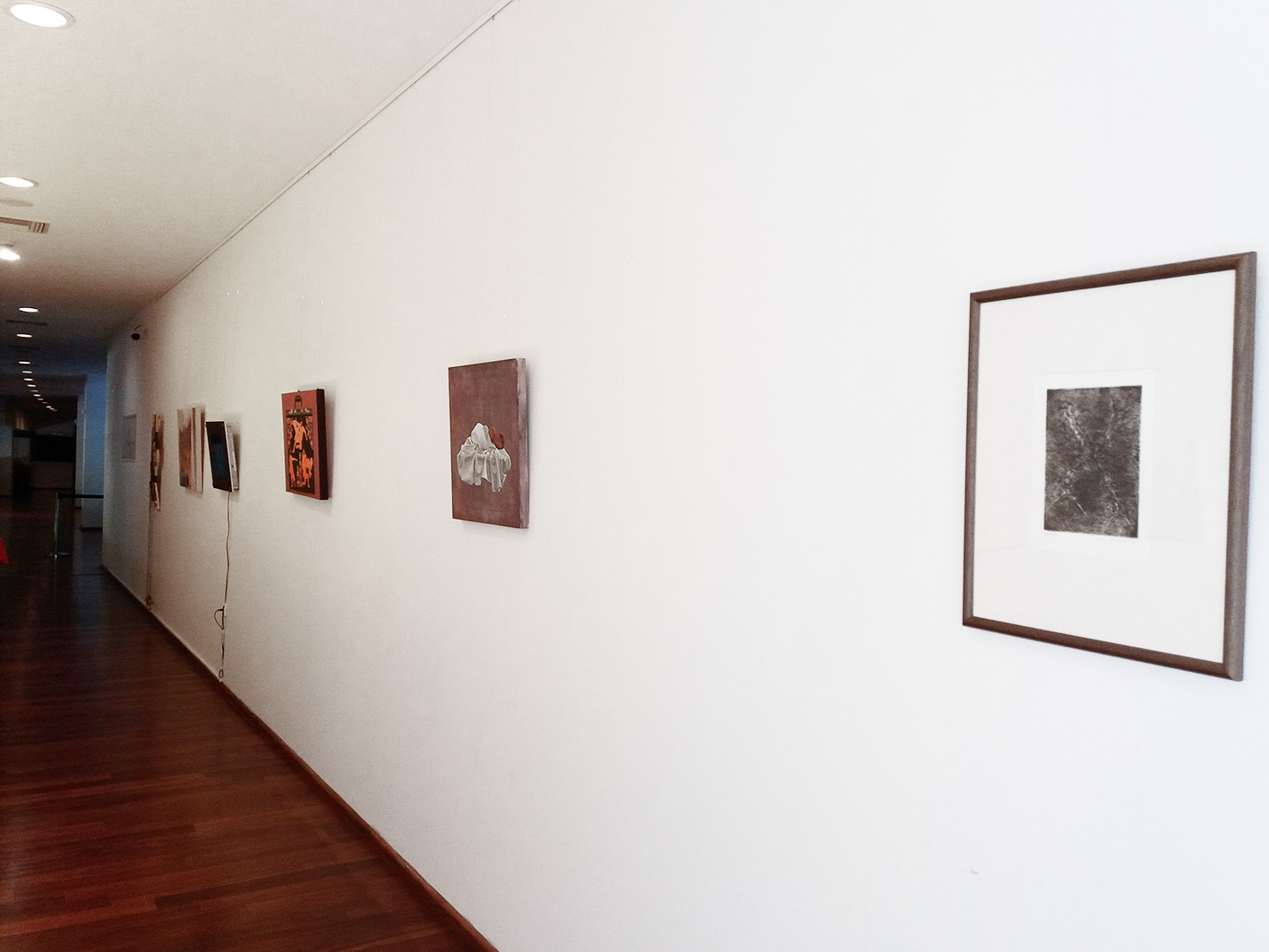